High-Impact 360 Feedback and Coaching: Part I – The Conversation
By Terri Baumgardner, Ph.D., SPHR

One of the most valuable things I learned early in my career related to 360 feedback and coaching sessions is not to just jump right into discussing the feedback, section by section, but to have a framework that guides you in your conversation. To be sure, this should be a conversation and not just a data review. As with any conversation, engage in it. Ask questions. Listen carefully to a person’s answers. Understand where the person is at in their career and where they want to be.

The following visual provides a framework to follow in 360 assessment feedback and coaching discussions. 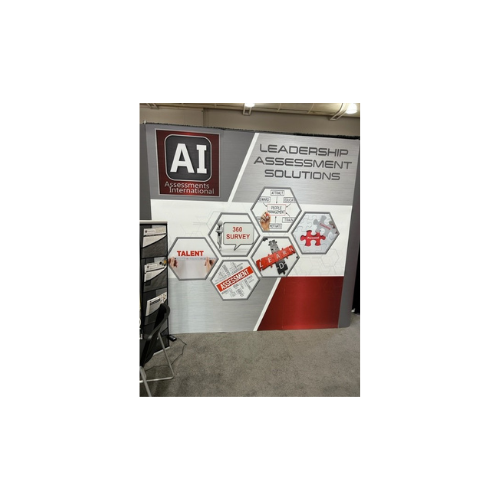 While this is presented as a flowchart process, moving from one area to the next, the reality is that once the dialogue begins, you will need to be comfortable moving back and forth in the conversation. Similarly, while you typically start reviewing the feedback report from the beginning, you will end up going back and forth between sections to dive in further to the data, or to test out hypotheses.

Each of the stages in the flowchart above is discussed in more depth below:

As shown in the visual, begin the conversation by setting some context (background around why the 360 assessment was completed, intended use of the 360, etc.). Then, ask the participant about their goals for the feedback session.

I. Person’s Desired Future State
After the introduction, move into the crux of the conversation. This is where you want to understand where the person wants to be/achieve in the short- and long-term. It is also where you can begin discussing the success factors important to the organization related to a person’s goals. Don’t breeze through this conversation. You need to understand so that you can tie all of the feedback back to a person’s important goals and values. In addition, you can tie the feedback back to the success factors of the organization. For example, if a person has a goal to move into their manager’s role in the future, you can not only link the feedback to success factors for the current role but also success factors for the manager’s role.
In The PROFILOR®, there is a section where both the self and the manager rate the importance of the competencies. As one outcome, this section can help you reinforce the critical success factors for the current role, from the manager’s perspective.
III. Person’s Current State
As you go through the feedback report, the person can reaffirm how they assess their own abilities and see how other perspectives assess their abilities (others’ perceptions). The PROFILOR® provides a wealth of data related to a person’s current state as you go through the sections of the report. For example:

a. Perspective Comparisons – This data shows the comparison of manager ratings (primary and secondary), peers, direct reports, and others. Pay attention to big gaps. They may reveal that a person needs to pay more attention in various ways to a certain perspective. This could end up being something for the person to focus on in their action plan. For example, if ratings from direct reports are far lower than ratings by the manager, this can mean that the person focuses a good deal on managing up. They definitely need to do more to focus on their direct reports. The ratings on specific items/behaviors will tell you where a person most needs to improve.

b. Highest and Lowest Behaviors – The PROFILOR® has three sections that help a person determine where to focus development. The first is the Highest and Lowest Behavior section, which includes the top five and bottom five rated behaviors by all others combined. This is a good section that often offers insight into strengths that could be possible strategic differentiators, as well as key behaviors and related competencies that a person may need to focus on improving. If the lowest-rated behaviors are considered important/critical to the current role or to future goals, they can and should be included as part of the action plan.

c. Largest Differences – This section also helps a person determine where to focus development efforts. It outlines possible Hidden Strengths (self rates significantly lower than others) and Blind Spots (self rates significantly higher than others). Often, it is important to consider how a person might be proactive in showcasing Hidden Strengths in the future if these strengths can be strategic differentiators. It is also important to consider which Blind Spots are most related to current or future success and likely include those that are in an action plan.
d. Targeted Development Priorities – This section also helps a person determine where to focus development efforts. It identifies the competencies the Direct Manager rated as Critical and their related items. By the time you get to this section, it is becoming clear what a person should focus on in their development plan. This section will provide additional information to confirm initial thoughts. It will also provide a place to see quickly which behaviors in certain competencies a person may want to focus on improving or leveraging in a development plan.
e. Item Detail – It is not necessary to go through the feedback at an item level. A person can study this as thoroughly as they like later. You will want to spend more time in the areas where the person may have key strengths to leverage or opportunities to improve. Also, pay attention to any ratings lower than 3.0 (2s or 1s in particular). These can be warning signs or potential derailing behaviors. You will also want to pay attention to a person’s ratings related to the norm group (The PROFILOR® shows the norm group range from the 25th percentile to the 75th percentile).

f. Comments – Sometimes people want to read the comments and try to determine who said what. While a person can see what a manager said about them, the verbatim comments from direct reports, peers and others are combined so as not to reveal who said what. Try to direct a person’s attention away from who said what and back to the themes that are important and most related to their desired future state.

IV. Gaps to Focus on in Development Action Plan
There is a final section in The PROFILOR® called Create a Personal Development Plan. This section provides guidance on how to put an action plan together. However, given the conversation just described, there is already a strong idea of what to focus on in the plan. This can include both strengths to leverage and opportunities to improve.

In Part II of this article, we will discuss how to put together a strong development action plan, and how to be most effective in turning the insight gained from a 360 feedback process into action.

Get Social With Us